Use the form above to find your loved one. You can search using the name of your loved one, or any family name for current or past services entrusted to our firm.

Click here to view all obituaries
Search Obituaries
Immediate Need
We are here to help you. If you have need of our services, please call us, day or night, at:
352-787-4343
To better prepare yourself, we have provided you with some helpful information regarding the immediate need process.
Contact Us / Location

We're sorry but the candle you have selected is currenty in the process of being purchased or has just recently been purchased.

Please feel free to select another candle or check back in 15 minutes to see if the candle you have selected has been released for purchase.

We're sorry but there are no candles available for lighting.

You have already begun a candle purchase session. If you would like to continue with your current candle choice please click "Continue" otherwise please click "Select Another".

In the event that there is an error
in the information presented,
please contact the funeral
home by clicking here. 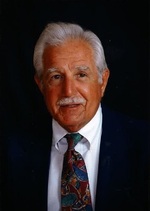 Thomas J. Materazo, 78 of The Villages, FL, lost his courageous battle with idiopathic pulmonary fibrosis on Thursday, June 3, 2021 at The Villages Hospice House surrounded by his loving family.

Tom was born on September 1, 1942, in Jamaica, NY. He was the son of the late Michael Angelo and Mary Motyka Materazo.

Tom attended St. Boniface School, Chaminade High School and St. John’s University. Upon graduation, he married the love of his life, Nina Sammartano and he began his sales career with Kraft General Foods. He held various sales positions for 8 years ranging from Retail Sales Representative to District Manager which took him and his young family to several different states. In 1973 he was recruited by Warner Lambert in Morris Plains, NJ where he had a successful executive career in sales for 27 years and he settled with his family in Morristown, NJ. He loved his career where he met wonderful people and colleagues, he called friends. Tom retired at the age of 57 but filled his time doting on his 4 grandsons at his Jersey shore home and later, The Villages, FL.

While living in The Villages, Tom enjoyed playing golf with his wife and neighbors, kayaking, cycling and attending the many social events in their neighborhoods. For 11 years, he volunteered at The Villages Regional Hospital where he made many more friends. Tom always loved being around people. As his disease progressed and he became homebound, he fulfilled his dream of writing a book about his business career and life. This was a great joy for him as it came to fruition and he left it as a legacy for his family, especially his grandsons. It is called My Life on the Road, a series of true stories that took place during his travels over 30 years.

He is survived by his loving wife of 56 years, Nina, his daughters Dina Mathioudis (Manoli) and Cathy Ann Drury (Todd) and his four grandsons, Thomas, Jake, Steven and Liam. He is predeceased by his sister, Margaret Lewert of Rockville, MD and survived by his brother Michael Materazo of Greensboro, Georgia and his sister, Michelle of St. Pete Beach, Fl in addition to numerous nieces and nephews.

A mass of Christian burial will be held at St. Mary Church, Bethel, CT on June 11th at 10:00 AM. In lieu of flowers, his family requests donations to The Villages Hospice House, in memory of Thomas Materazo, 601 Mariposa Way, The Villages, FL 32162.

To send flowers to the family or plant a tree in memory of Thomas J Materazo, please visit our Heartfelt Sympathies Store.

This Book of Memories brings those affected by loss together by encouraging communication and self-expression. By giving friends and family a special place to tell their stories and express their feelings of loss, it helps them care for one another during a very difficult time. Click on any of the links to the right to access features or information within this memorial website.