Use the form above to find your loved one. You can search using the name of your loved one, or any family name for current or past services entrusted to our firm.

Click here to view all obituaries
Search Obituaries
Immediate Need
We are here to help you. If you have need of our services, please call us, day or night, at:
352-787-4343
To better prepare yourself, we have provided you with some helpful information regarding the immediate need process.
Contact Us / Location

We're sorry but the candle you have selected is currenty in the process of being purchased or has just recently been purchased.

Please feel free to select another candle or check back in 15 minutes to see if the candle you have selected has been released for purchase.

We're sorry but there are no candles available for lighting.

You have already begun a candle purchase session. If you would like to continue with your current candle choice please click "Continue" otherwise please click "Select Another".

In Memory of
Richard A
Conrad
1931 - 2021
Click above to light a memorial candle.
This Book of Memories memorial website allows family and friends a place to re-visit, share and enhance this tribute for future generations.
Open Full Navigation
Family Interactive Login
Close
Menu
Click here to
Send
Flowers

In the event that there is an error
in the information presented,
please contact the funeral
home by clicking here.

Obituary for Richard A Conrad 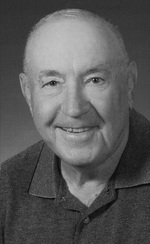 Dick was born September 28, 1931 in Sidney, Ohio. He graduated from Sidney High School where he was President of his senior class. He went on to graduate from Ohio Northern University with a degree in Pharmacy. Dick proudly served in the United States Army. He worked as the director of pharmacy at Guernsey Memorial Hospital in Cambridge, Ohio for 17 years before moving to Punta Gorda, Florida in 1981.

He finished out his career in pharmacy as a staff pharmacist at Charlotte Regional Medical Center retiring in 1996. He met his wife Jean in 1996 and they moved to The Villages in 2000. He was a member of Fairway Christian Church.

He was predeceased by his son, Rick and two brothers, William and Robert.

Memorial contributions may be made to a charity of your choice in lieu of flowers.

Arrangements entrusted to Beyers Funeral Home of Lady Lake, Florida. Online remembrances may be made at www.beyersfuneralhome.com.

To send flowers to the family or plant a tree in memory of Richard A Conrad, please visit our Heartfelt Sympathies Store.

This Book of Memories brings those affected by loss together by encouraging communication and self-expression. By giving friends and family a special place to tell their stories and express their feelings of loss, it helps them care for one another during a very difficult time. Click on any of the links to the right to access features or information within this memorial website.